Holly knew from a young age that her heart lay in the field of baked goods.
In fact, when she was in secondary school, she decided that when she was older, she would open a bakery and call it Zuko's after Danny Zuko in Grease (her favourite film).
Holly studied and worked as a chef after finishing school. But it wasn't until Holly and Lorraine (her Aunt) had some difficulty when ordering a cake for a family wedding that they decided "to have a go ourselves and have great fun." Plus, Lorriane loves eating sweet things! 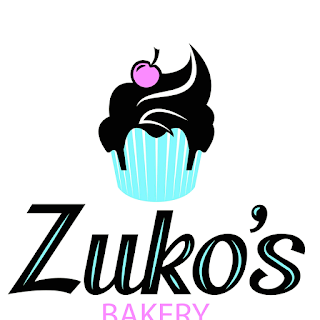 They have "pretty inseparable" since Holly’s birth, but never thought they would have a career together. But the pairing works well. " We both bring skills that compliment the needs of the business" Holly says.
Such was how Zuko's came to be.
The ladies began with "customised cakes for family and friends" while they developed the idea of specialising in cupcakes for public sale.
But it was the support of others that helped turn their vision into reality.
When I ask Holly what makes Zuko's so special, she cannot resist a pun (a girl after my own heart).
"We are the one that you want!" she replies. 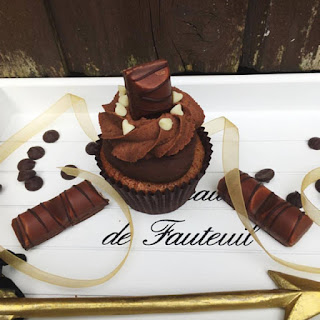 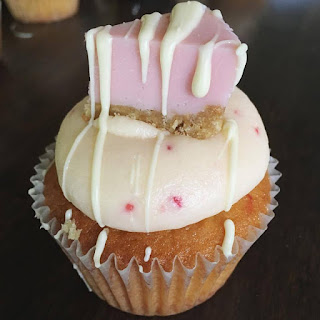 Being serious though, she adds "We are passionate about flavours and the “first impression” look of our cakes. We never replicate our cakes to ensure every one of our customers get their own special creation that represents them. Hours are spent hand crafting these beautiful designs and every single piece of icing is artistically placed."
Decorations like sugar flowers can take up to an hour to make. 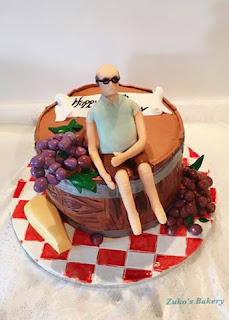 The effort and detail that goes into each cake is plain to see. But the effort doesn't just apply to the aesthetics of the cakes.
"We love experimenting with different flavours" Holly reveals. Zuko's currently has "more than 20 on our menu, which changes frequently so our customers can experiment too."
Holly clearly loves what she does and sharing her cakes with people. "We love watching customers taste our flavours and watching their reactions."
She also enjoys the variety of the job. "One day we could be making a bright floral, romantic wedding cake and the next day we could be sculpting sugar-paste superheroes for a birthday cake."
Holly says they've begun introducing 'moving elements' into their cakes, which sounds very intriguing. Zuko's will be demonstrating one at the Wedding Journal Show this year. Holly believes the addition "brings the 'wow' factor up another level."
But it is the cupcakes which are the bread and butter of Zuko's, so to speak. But for regular fans, they'll be happy to know that these cupcake flavours can be replicated in any of Zuko's larger cake range.
Their younger customers tend to love the "multi coloured unicorn cupcake, that you must make a wish before eating" Holly says. Other popular flavour include chocolate/espresso experience, raspberry cheesecake, strawberry prosecco and coconut rum and lime.
"But everyone loves a Kinder Beuno" Holly adds, which is easy to believe.
While Holly takes care of most of the cooking, Lorriane has some tasty additions of her own. "She makes our' popular chocolate biscuit cake and is the master of our cookie menu. When she escapes from the office she also creates some sugar-paste decorations" Holly reveals.
Although the two women have enough passion to make the sun rotate, it was the support of others that helped turn their vision into reality.
"After sharing our idea with others we found people to be extremely helpful and motivated to help us. We have had lots of advice and support from different business people who looked for nothing in return. One person saw potential in our ideas and provided the capital to purchase our very special Zuko's van" Holly tells me.
The van has helped the company stand out from the crowd and the develop corporate packages, wedding packages and offer combo cake reception and photo opportunities.
Naturally, I have to ask Holly and Lorriane a few foodie favourite questions. I begin with inquiring if they were a cake, which one would the be?
Lorraine says " I would love to be refined and beautiful like our coconut rum and lime cupcake but am probably more Kinder Beuno – sweet and nutty. "Holly replies "Em, probably a bubble-gum cupcake – bright and sweet but a bit odd."
Which of their cupcakes are their favourites?
Lorraine replies "Ohhhh, I do like the raspberry cheese cake cupcake….. Or the jaffa cake…… or the raspberry ripple….. Ah that’s too hard" she says, finally giving up.
Holly is a straight up chocolate girl, listing "any of our brownies" and their "S'mores cupcake" as her favourites because she gets to lick the bowl after baking them.
What about last meal favourites?
Lorraine is a simple gal, she would have a "crisp and easy single sandwich with fresh batch loaf", which Holly would be more of a savoury fan. "Fluffy American pancakes with loads of syrup. Or chocolate ice-cream....actually both!" she says.
Finally, I ask the women where they would like to see Zuko's go - their answer is something many of us could get on board with.
"Our long term goal would be to release a cook book. So everyone could make their favourite Zuko's treat at home!" Holly says. A noble goal indeed; I think the girls should get a Kickstarter going to make it happen.
So how can you get your hands on some Zuko's goods? You can go to their bakery in Clonee, catch their stand at Beatyard next month or of course, get them to call out to your office in their van! Keep an eye on Facebook for other events they'll be at and follow them on Instagram for drool inducing pictures. 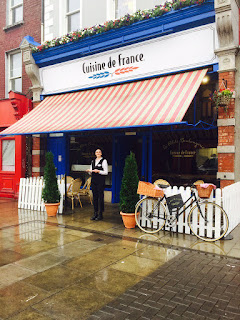 In Honour of the Croffle - The Worst Food Hybrids Ever 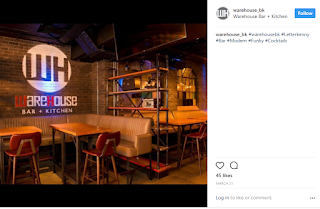